Targets Submitted From Far and Wide

QUESTION
Why is it easier to get good groups with some bullets than with others?  What causes those fliers that drive you up the wall, just when you thought you got your reloading act together?

ANSWER
If we disregard the rifle as the cause and look at only the bullets being used,  there are only a handful of causes for large groups.  Firstly, the correct length of bullet must be used, as required by the twist rate of the barrel, the distance at which the bullet will be used and the speed at which it will be fired.  After that, it really comes down to consistency of bullet form and consistency of manufacturing.  The bottom line is that any variance in form, from bullet to bullet, or from batch to batch, will cause the individual bullets to behave differently.  This is true when analysing internal ballistic behaviour, as well as the external ballistic behaviour of the bullet.

The problem is termed Tolerance Stack Up.  It means that differences in tolerance (of the various parameters that affect the outcome) may be small individually, but when all the parameters are considered as a whole, the stack up becomes significant and influences the outcome.

If we look at a bullet from nose to tail, every part plays a role in how the bullet behaves on its way to the target.

The Bullet Meplat:  In external ballistics, the bullet meplat size plays a role in determining the ballistic coefficient of the bullet.  The three bullets in picture 1 below are labelled as the same weight and calibre.  The bullet on the left has a meplat measuring 4.54 mm in diameter while the middle bullet meplat measures 3.77mm.  The bullet with the larger meplat is also fractionally shorter and with a slightly different ogive curve.  The result is a ballistic coefficient that differs by 0.06 - 0.323 for the large meplat and 0.383 for the small meplat.  At a muzzle velocity of 2500 fps, this will result in a point of impact shift of 4.5mm at 100m.  When one ads to this the fact that the shorter bullet is also four grains lighter than the longer one, the additional spread in BC becomes larger and results in a total of 5mm shift in point of impact.  Variance in weight has less effect than variance of form.

Differences in Ogive Shape:  Apart from also influencing the ballistic coefficient of the bullet, the direct result of this is that cartridge overall lengths will differ.  This, in turn, varies the depth of seating into the case, causing differences in case volume and pressure.  It also varies the jump distance of the bullet from case to rifling.  Differences within a batch of bullets are usually small and result in very small increments of variation.  When differences are as large as the two samples  in pictures 2 and 3 below, good grouping will be a matter of luck. 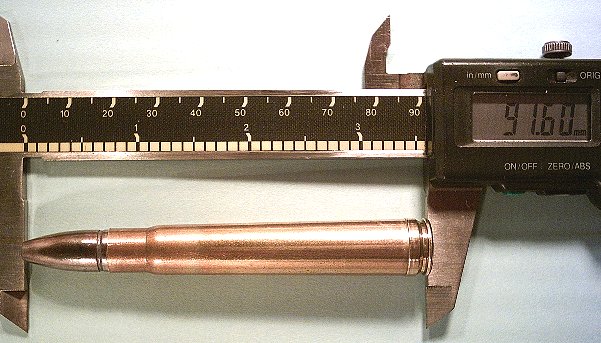 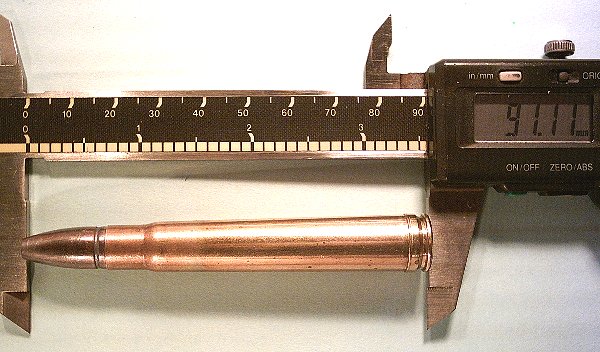 The Base of the Bullet:  This is arguably the most important factor in bullet accuracy.  Any non concentric imperfection on the base of a bullet will add to group sizes.  As the base of the bullet separates from the muzzle, gas vents from the bore and blows past the bullet with great force.  Any anomaly on the base, or base radius from the shaft to the heel of the bullet, as in picture 5(a) below, will allow gas to flow unevenly at that point, compared to other areas of flow over the bullet base.  Anomalies at the centre of the base have less detrimental effect than those closer to and at the circumference of the base.   The bullets in picture 5(b) below have good bases. 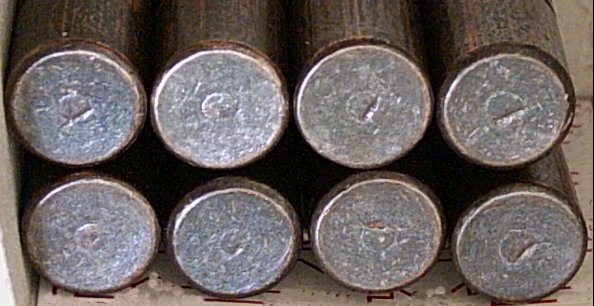 BULLET SELECTION
When examining bullets for the qualities that will afford one the best chance of selecting a product with which good groups will be highly probable, one must look for uniformity of the following, in order of importance:
a) Bullet base
b) Bullet meplat, ogive and shaft form
c) Bullet diameter
d) Bullet weight
e) Bullet length.
It stands to reason that bullets that exhibit any form of imbalance, or bullets that are of the incorrect length, would not even make it to the uniformity inspection stage.

QUESTION
I have developed a load with a bullet that is labelled as a match grade bullet, which consistently shoots under half a minute from my rifle. When I bought a new lot of these bullets, I could not do better than one and a half m.o.a. and had to redo the load development. It is not the first time this has happened. Will the same happen with your bullets? It is time consuming and expensive to have to re-develop every time, especially with the cost of premium bullets.

ANSWER
The only way to eliminate this problem is to use bullets that are exactly the same from batch to batch. This is not possible with swaged bullets consisting of a lead core with a copper jacket. Forming dies wear out and are replaced. Small variances in material consistency cause variances in swaging pressures and the way metal flows and forms in the manufacturing process. Even swaging solid copper brings a set of problems that preclude complete consistency from batch to batch.

This is why we turn our bullets on CNC equipment where complete consistency of shape from batch to batch is guaranteed.


QUESTION
I have a rifle that has never really delivered great accuracy with the bullets I have tried in it. Even factory ammo varies from a barely passable 2" to laughable 8" groups. Will your HV and FN bullets be more accurate than jacketed lead bullets? I have not tried monometal bullets before.

ANSWER
One of the keys to accuracy is the quality and consistency of the components used in your reloads. We are very confident that our bullets conform to extremely rigid quality standards  but, from there on, we have little control over what you do with them. Where we can be of assistance, is in chasing down anomalies that exist within the bore and, to some extent, the action of your rifle. This is a factor that is often overlooked in the search for accuracy with a hunting rifle. It is not uncommon for a barrel to have the bore off centre in the barrel profile. Such a barrel will deliver good first, second and sometimes third shot accuracy, but will start walking subsequent shots out of the group as the barrel heats up. The metal on one side of the bore is thicker than on the other and will expand more, bending the barrel more and more as it heats.

Picture 7 below illustrates an anomaly in a rifle bore that caused much gnashing of teeth and pounding of the forehead before we figured out what was going on! The rifle gave 2" groups with jacketed bullets but would not shoot any monometal bullets with any degree of accuracy and were worst of all with our HV bullets. We loaded some rounds with very soft loads (about 900 fps) and fired them into water. On recovery, all the bullets were engraved in the same manner and it was clear that the rifling in the barrel was defective. The four bullets pictured, were photographed to show the rifling marks, going from left bullet to right bullet around the bore. One can see that the lands and grooves around the bore are of greatly different depths. The rifle was fitted with a new barrel and now delivers less than half a minute of angle with our HV bullets.

If you would like to be sure about the dimensions in the bore of your rifle, you are most welcome to do the test above and mail us the bullets for examination. We can determine from an examination of the recovered bullets whether the bore is oversize or undersize and, whether any asymmetric anomalies exist within the bore. Picture 8 illustrates a bullet fired from a rifle delivering good accuracy. The engraving on the bullet indicates a completely uniform contact with the bore all the way around the bullet.

When a scope is zeroed at a particular distance, say 200m, the rifle should shoot in the same plane, left to right, at further closer and distances as well.  If the rifle shoots to the left or right at other distances and the group is further left or right from the zero as distance increases, the telescope is canted.  To correct the point of impact so that it is centered left/right at all distances, the scope must be rotated in the rings.  When a rifle is aimed at a target, the natural tendency of the shooter is to hold the cross hair squared.  When the scope is canted in the rings, the center of the barrel will not be exactly under the center of the cross hair.  The same applies when the rifle is canted and the cross hair is not square to the environment.

B.  In B, the cross hair is canted to the right, the vertical cross hair points to the left of the barrel centerpoint and the rifle will shoot increasingly further to the left beyond the zero point.

C.  In C, the cross hair is canted to the left, the vertical cross hair points to the right of the barrel centerpoint and the rifle will shoot increasingly further to the right beyond the zero point.